The $8.3 billion merger between Florida-based Tech Data and California-based SYNNEX is now complete. The final result: TD SYNNEX is now the largest technology distribution company in the world. With the completion of the merger, TD Synnex will have a customer base of over 150,000 businesses, spanning across more than 100 countries. TD Synnex will be led by Tech Data CEO Rich Hume. Former Synnex leader, Dennis Polk, will become the executive chairman of the Board of Directors. 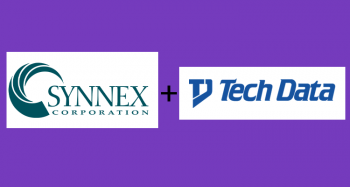 How Will the Tech Data and Synnex Merger Affect Customers?

This is not your run-of-the-mill merger; this is a merger between two of the major IT distributors in the world. We wanted to get insight from MSPs about the Tech Data and SYNNEX merger, and we wanted them to share what they think this major merger will mean for the MSP industry moving forward. After the announcement of the merger, MSPs had varied reactions to the new merger.

”The SYNNEX and Tech Data merge will most likely not impact MSPs in the short term.  However, in the long run, there are always risks of having fewer suppliers to choose from.  We’ll have fewer suppliers to compare prices too, therefore TD SYNNEX will have more control over our costs.  Eventually, they will be doing things to streamline their operation by eliminating redundancies, like eliminating account managers and product lines”, said Myles Keough of Spade Technology.

”There are certain scenarios where we have to rush and order and contact multiple Account Representatives from multiple distributors trying to get the fastest response.  Or we buy one product line from one distributor because the other doesn’t carry it.  Last is the impact on TD SYNNEX’s financial liabilities.  If an MSP has a credit line with Tech Data and another with SYNNEX, will they eventually be merged or will they just eliminate one to reduce their exposure? Ultimately, it will take them a while to fully merge both organizations.  When they do, it will certainly give MSPs less control of their procurement process and costs”, added Keough.

”When I started my business, I used TD as my primary distributor (despite having a great previous life with D&H, but their product depth was too shallow), and it worked well for the first few years. Once I grew the business, I expanded my distribution partnership to Synnex, Ingram, and D&H (having worked with all of these organizations in my previous career) and I felt we had a good basis for always getting product via the “Channel” market”, said Phil Cardone of Radius Executive IT Solutions, a Boston IT support company.

”Synnex has been my preferred go-to distributor of choice with TD and D&H close second. I’m hoping not many changes overall, but I’m concerned with one less distributor. Pricing may not be as aggressive, as I used to be able to work with my sales rep for slightly better pricing when compared against TD or D&H. Now I can only compare against D&H. Both use a good eCommerce system, so I’m not concerned about that part of the business. I just hope they don’t break any of the existing XML background ordering that works with QuoteWerks and QuoteValet during this process. My overall sales position with them will look much better since the business won’t be split between the two any longer. Crossing fingers for possibly a better partnership between us and them”, added Cardone.

”Synnex is our primary distributor. Ingram is 2nd. I do and I don’t care about this merger and I did know about it. My experience with ALL mergers and acquisitions of larger companies like these is that customer service will disappear. Just like the CW buy-out, CW customer service completely disappeared literally overnight. Fortunately, this will not affect our MSP too much at the moment as the bigger effect on our business is the fact that we simply cannot get hardware. Most items we need, like laptops, switchgear, Meraki firewalls, NUCs, etc, have a 6- week lead time. This is hurting us more”, said Bryan Badger of Integral Networks.

”The Tech Data – SYNNEX merger will provide the resulting company with a larger product line card and will be able to consolidate their buying power to more quickly fill the immense supply chain problems in the technology world.  We have used both companies previously and there were items which one would have but not the other.  And, now with global technology component shortages, there would often be half the quantity we needed at one company and the other half we needed at the other company”, said Matt Bullock of Accelera IT Solutions, a Phoenix IT Services company.

”This consolidation will result in better pricing due to increased buying power.  The resulting company will also receive larger and earlier inventory replenishments due to the new size.  With the ever-increasing need for technology components and peripherals, this merger won’t result in any marketplace dominance which would cause artificially higher prices, which are sometimes the result of industry consolidation and monopolization”, added Bullock.

Advice for MSPs after the Tech Data and SYNNEX Merger

After gaining insight from MSPs about the merger and the potential impact it could have on the MSP industry as a whole, we wanted to know if there were any pieces of advice for MSPs to adjust to the merger. Mike Shelah of Advantage Industries shared the following:

”Mergers are always bloody for the first 12-18 months. This means longer delivery times and customer service always takes a nosedive. That said. Be proactive. Verify your point of contact will still be yours in the future. Check-in quarterly. Look for innovation. What tools or solutions does this merger give you access to that you didn’t have previously? Does this create a new economy to scale that wasn’t available? Does it now offer an enterprise solution to the mid-market or SMB market? Get to know a chain of command.”

As with any merger and acquisition, there will be varied reactions. Some may feel some good will come from the merger or acquisition and others will not look forward to the resulting impact. How do you feel about the Tech Data-SYNNAX merger?